Companies are always looking for new ways to innovate, especially when it comes to implementing new ways to keep employees interested in coming to the office.

As the desire to work from home grows stronger even as the pandemic eases, more people are turning to adapted coworking spaces to intrigue and entice workers. These types of coworking spaces offer members huge cost savings, since coworking companies often choose to renovate already-existing sites to fit their needs rather than investing in brand new buildings.

In Slovakia, Bratislava, one company is getting truly creative in its creation of a new coworking space and contemporary art gallery.

The company, Studio Perspektiv, has teamed up with DF Creative Group to convert Jurkovič Heating Plant in the capital of Slovakia into a coworking complex. The building sits within a $467 million development known as Sky Park, which has other residences and offices.

The renovated heating plant will serve as a new branch for the coworking company Base4Work, which is currently headquartered in Prague. The new branch will include about 4,200 square feet of room that will be made into 450 flexible working spaces.

At the new space, there are different zones meant to cater to individual workers’ needs, with some rooms including fixed desks, some meant to serve as meeting or workshop rooms, community lounges and networking zones built in, and even a phone booth. 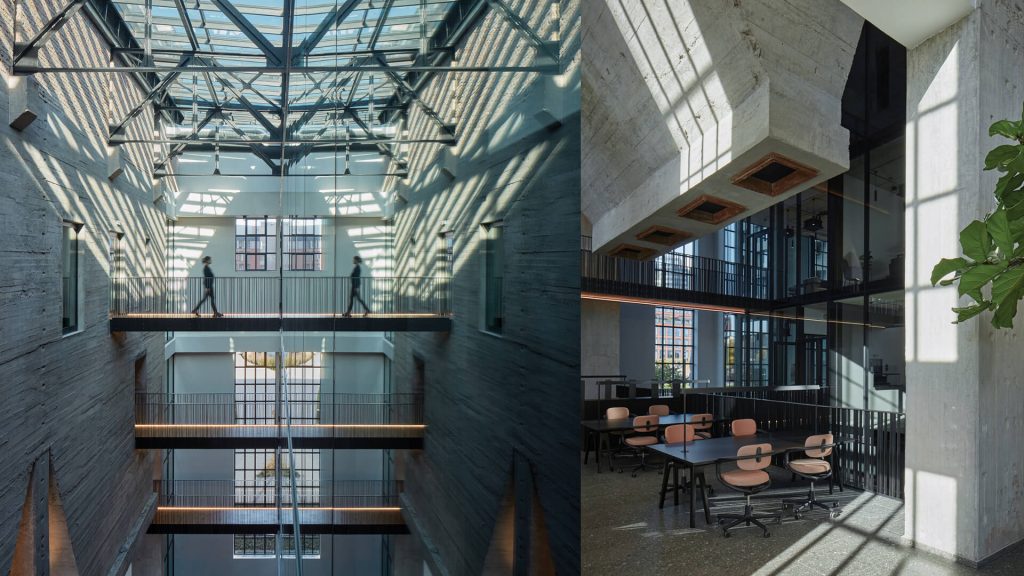 The idea behind the re-worked industrial zone is to be an inspiring workplace that people will find interesting and diverse. It will primarily serve corporate clients, with the member base extending to both start-up businesses and freelance workers as well.

Jurkovič Heating Plant was created by Dušan Jurkovič, a celebrated architect, furniture designer, artist, and ethnographer who promoted Slovakian art in Czechoslovakia. In its original form in the 1940s, it stood solid, made of red brick, steel, and concrete. It closed in the late 20th century and fell into disrepair.

In 2008, the building’s architectural qualities earned it recognition as a National Cultural Monument. Now, it’s getting a new lease on life. The original elements that made the building stand apart will remain intact, the new builders promise.

Studio Perspektv, based out of the Czech Republic, is monitoring the interior design of the building. DF Creative Group is handling the architecture through new spaces and structures inside the building. PAMARCH, a consulting, research, and design implementation company that makes sure reconstruction of monuments and historic architecture is done professionally, is overseeing the project.

The plant’s new look focuses heavily on a post-industrial look, with a modern, sleek feel mixed in. Most of Jurkovič’s architectural design is preserved and still visible. 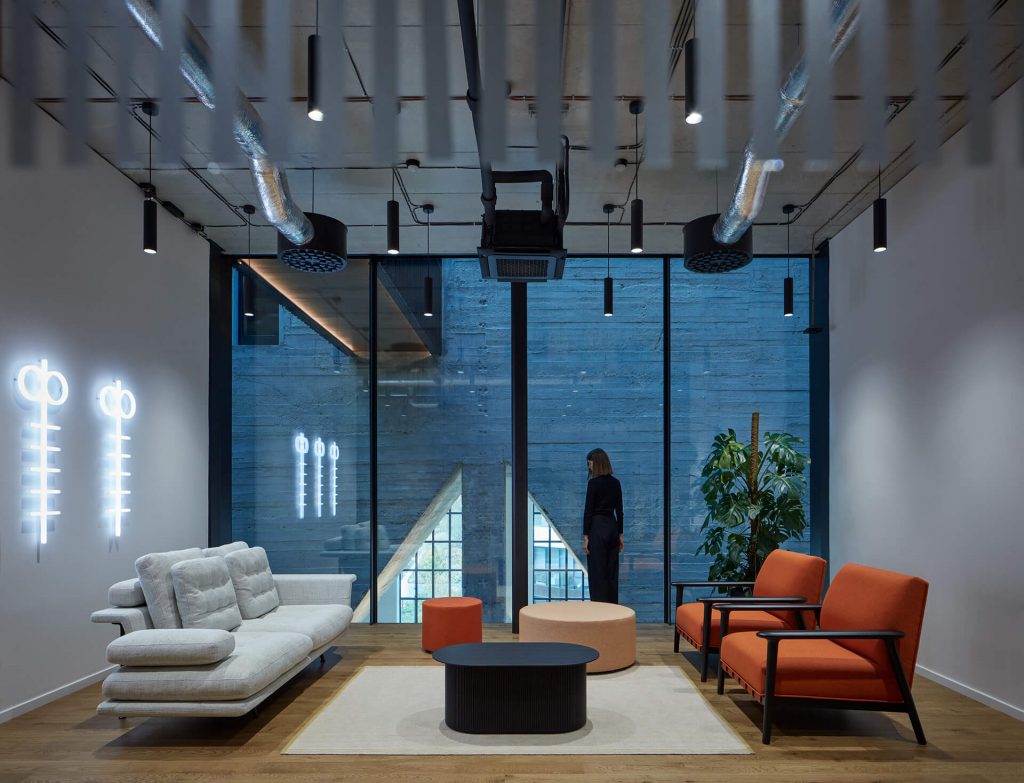 Architects with Studio Perspektiv told Stir World they tried to complement the space by relating to it through style and geometric elements that ensure both the new and old parts are recognizable.

The architects were careful not to imitate the original work, so that it was clear which elements were renovated and which were parts of Jurkovič’s vision. For instance, the internal space of the boiler and turbine hall now has five stories of glass panels that not only create a fresh feel, but also create special separate offices for workers wanting their own space. Glass panels also coat some parts of the floor, giving an extremely modern and glossy look.

Concrete hoppers dominate the building’s historic interior, so the designers used a crane that had always been there to make a unique open ceiling for the shared office. An atrium runs from the ground floor to the skylights on the ceiling, allowing in natural light and oxygen. Acoustic paneling made from recycled bottles, combined with sound-absorbent carpeting, keep the building from echoing and give a more intimate feel to the environment.

The new offices are more than just a coworking space; they’re a preservation of a historical legacy. The effort put into making sure the original architect is respected and revered through the new complementary designs is evident and stands out among the industrial buildings surrounding Base4Works’ renovated heating plant.