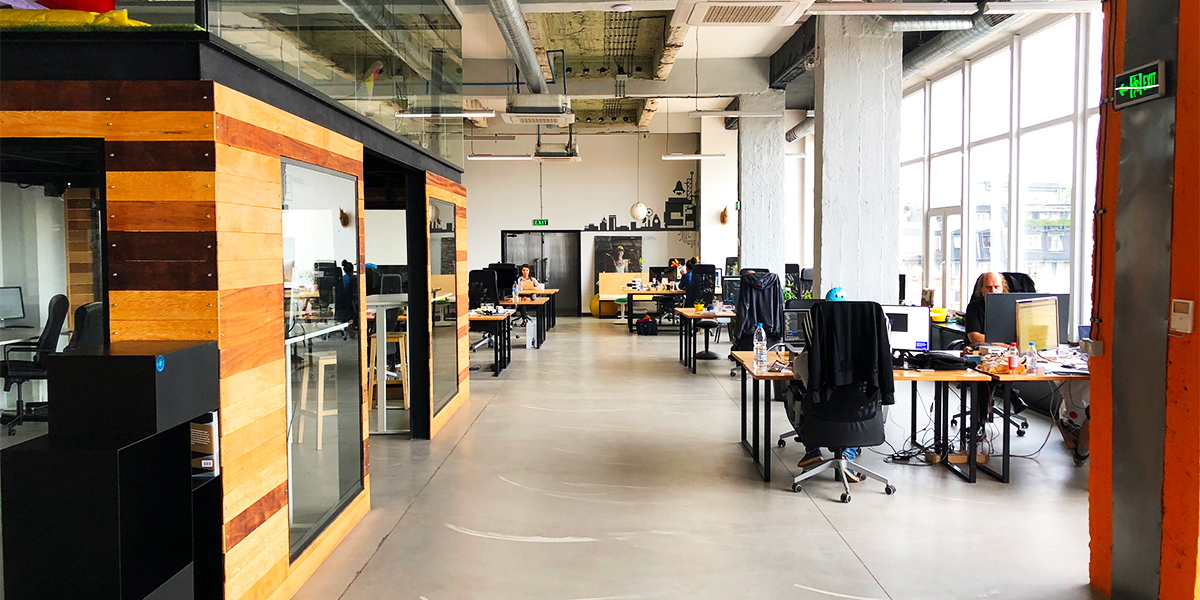 Coworking spaces are all about community according to most coworking practitioners, but I have an alternative perspective.

I believe that coworking is about work, not community.

No, not just any work. Not making useless widgets to make some multi-billionaire even more money. No, no, no. What I believe is that coworking spaces exist to create more important work, more deep work.

And when it comes to deep work and community, we have a bit of a conflict of interest, at least with the way that “community” is executed at many coworking spaces.

So they set out each day, with each event, and each interaction to create as much engagement as possible. “How many people are coming to our happy hour? How long did they stay? Did they make some new friends? How many members opened the newsletter? Did they click the links? Why aren’t more members having impromptu conversations in the open space? Why aren’t more members joining the weekly singing circle? Whyyy?!”

I’ve got some potentially startling news for you: your members are not here for you, they are here for themselves. What’s more, if you’re asking any of the above questions, it’s likely you have zero clue what makes members engage in a communal manner.

In fact, all of this engagement proselytizing is likely resulting in the exact opposite outcome that you want, which is to say instead of engaging members, you’re turning them off. The more you nag members to come to the Thursday member lunch, the more likely they are to avoid your events altogether.

A former Impact Hub Maker in the USA once told me they had a rule for their regular member lunches. This rule was that members were only allowed to have some of the food if they stayed in the conference room to eat. They weren’t allowed to take it to their desks. The point behind this rule was to force members into engagement. At yet another space in Boston, a friend of mine recounted his experience with the space’s community managers who would come around with shots of whisky on random afternoons. Because, why not? Neither of these things constitute or contribute to a healthy community. They are gimmicks designed to make the founders and managers of spaces feel better.

And this is the downside of so-called “community-focused workspaces.” All that community is super nice until you have to force members into it, at which point it becomes a selfish activity which only exists to boost pre-supposed vanity metrics. The worst part is that for most members, the reason they joined a space in the first place was to avoid situations like this. They only just escaped the mandatory “team building” bowling party from their corporate prison, and now you’re forcing community engagement on them.

Members don’t want to be locked in a conference room for lunch or force-fed shots of whatever liquor you’ve got lying around from the last happy hour. Members want to do meaningful work and share their journey with those around them. They want the space and community to be there for them, not the other way around.

Why I Went Remote

I used to be a fan of big cities with big coworking spaces and lots of things to do. I ran and worked from spaces in San Francisco and NYC, and it was a lot of fun. But often it’s just too much. Art show this, happy hour that, community feedback session time, all-day startup event that means I have to work in the conference room next to the guy eating an egg sandwich. It gets annoying.

Now I’m a member at an incredible coworking space in Bansko, Bulgaria. If it sounds remote, that’s because it is. And, even though I visit and work out of workspaces all over the world, remote is what I’m into right now. And the reason I’m into this remoteness has a lot to do with solitude and productivity.

Before you suppose me to be a boring recluse, understand this: I’m happy to have a glass of wine (or three) after a day of hard work. But I only enjoy it when I know I got some shit done for the day. I just get more done when there are fewer distractions around. And, as a creator, I need that. There’s nothing worse than being interrupted mid flow with a plea to join whatever the hell is going on at the space on any given evening.

Members value productivity above all else.

They are, after all, coworkers. Not copartiers, comoviewatchers, or cofoodeaters. They want and need the time and space to get the deep work done that excites them. Of course, they enjoy parties, movies, and food, as well as all the other cool things you have going on. It’s only that they want the option to engage on their time, not on yours.

So don’t feel disappointed when Sara doesn’t want to stick around for the movie night or the Hawaiian themed happy hour. There could be any one of a hundred reasons for her choice. But one thing is certainly true: it is her choice.

What to do instead of “community building.”

It wouldn’t be very kind of me to merely chastise you for your overzealous member engagement. You need a way forward. Alternatives activities that will build a real and healthy community without sacrificing productivity and member autonomy.

And these are they:

Being generative is about making things of value.

With all of your events, posts, articles, conversations, and introductions ask yourself, “am I creating value?” If you’re not creating value, your creating noise. And we all need less of that.

When you’re being generative, you’re not worrying about the micro-engagements or micro-outcomes of whatever you’re doing. Your only concern is creating an abundance of opportunity for your community to latch onto when and how they choose.

As in be open to outsiders and generally doing things outside your space. Promote and attend events at other locations, organize group outings. Many events make little sense to host in your coworking space and changing the scenery helps people stay interested in attending your gatherings.

Think about it like this. Your members are in your space all day working. Do you honestly think they want to stick around for a couple more hours to learn about graphic design or to have a cocktail party? You may think it serves you to always have an event in your space, eschewing any gathering that happens elsewhere, but it turns a lot of members off.

It’s like that romantic partner that never lets you go out with your friends because they think if you’re not spending time with them, you must not love them. Or worse, that you may fall in love with one of those friends. The truth is this clingy behavior makes your partner more likely to leave or engage in dubious and aloof demeanor.

And it’s the same for your members. Don’t be clingy. Be open. People will like you more.

There’s a beautiful, huge, full, and quickly growing coworking space in Sofia, Bulgaria called Puzl. Whereas many (perhaps most) coworking spaces generate a significant portion of their revenue by renting out event space, Puzl does the opposite. They’ve always given their space away for free.

They do this so that members and outsiders who align with their members’ values can host events, workshops, and gatherings that reinforce the ecosystem they’re trying to build. Of course, there’s a tradeoff when it comes to this, a tradeoff between money and empowerment. But if Puzl’s goal is to grow a coworking business, as opposed to an events business, then the choice is easy to make.

But empowering your members extends beyond providing free gathering spaces for events and workshops. It also means bringing in experts, influencers, and teachers that can guide your members along the path they want to travel. It also means encouraging members to organize and host an event with your support instead of doing it for them.

Empowering members is about amplifying the things they are doing or want to do. If John wants to start a club for amateur musicians where they’ll jam, talk about music, and do whatever it is musicians like to do, let him do it. Encourage it. In fact, let him use the basement for their jam sessions and promote the group in your newsletter; whatever you can do to empower what he wants to do.

When your members see you being generative, being open, and empowering other members of the community, it makes them want to stick around. Once they know that you’re respecting their agenda, namely the work they are trying to accomplish, they will feel right at home. They will refer their friends. They will come to more events. And all of this builds a reputation that others will envy.

Oh, the goose thing? If you don’t know the story, you can read about it here. The point is that by being different, you end up being the one everybody admires in the end.

The Migration of the Workforce: Why Do Flexible Workspaces Matter?

Opinion: Why We Need Coworking Communities

How Coworking Spaces Will Support the Future Flexible Work Model