Measuring just 27 kilometers long and 14 kilometers wide, Malta is the European Union’s smallest member state. The archipelago is a jewel in the Mediterranean between Sicily and North Africa, boasting sunshine for more than 300 days per year and home to some of the oldest temples in the world.

Whilst that might sound like just another holiday destination, Malta has surprisingly big business aspirations thanks to the country’s low company set-up costs, 70 Double Taxation agreements, and corporate tax rates as low as 5%.

Now with its sights firmly set on digital nomads and remote workers, the country recently launched a Nomad Residence Permit. The permit is valid for one year and allows visitors to stay on the island without the need to worry about visa paperwork and bureaucracy. 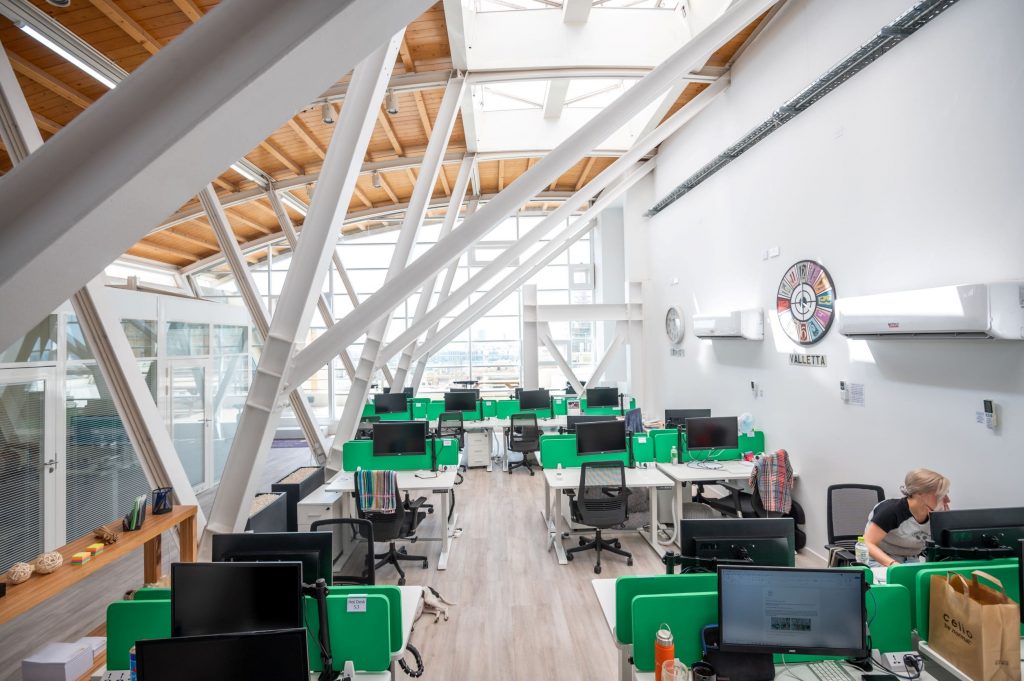 A view of the main coworking area in Grand Central’s Strait Street location.

“Malta was behind the curve where coworking spaces were concerned,” says Iain Harvey, founder of Grand Central, a coworking space based in Valletta. “Other European countries were opening them at quite a rapid pace, but Malta lagged behind.”

Originally from Sussex, England, Harvey first arrived in Malta in 2010. In 2017, he opened the first Grand Central location in a traditional townhouse in the grand fortressed capital of Malta.

This year, Grand Central has opened a second site in the city, only 300 meters away but several centuries apart in terms of architecture and feel.

The appeal of coworking in Malta

The attraction of Malta as a coworking destination goes beyond convenience and cost savings, according to Harvey.

The facilities are a big draw but so is the location. Offering the usual amenities and entertainment expected in a capital city, Valletta dates back to 1565 when it was first founded by The Knights of Malta, so the area is steeped in rich history. In 2018, it was designated a Capital of Culture and it is also a UNESCO World Heritage Site.

“Our two sites are quite different despite their close proximity,” said Harvey. “The historic townhouse in Archbishop Street features traditional alcoves and the typical architectural design of the Knights’ era. A 300-meter walk past The Presidential Palace (The Grand Master’s Palace in the days of the Knights) brings you to the Manhattan loft-style offices in Strait Street, which have a far more modern vibe.”

Both coworking venues have beautiful rooftop terraces that offer views of the harbor. Many members enjoy using the rooftop area to relax, think and plan, and hold social events.

“Throughout the Strait Street office are electric stand-up desks with LCD screens,  universal mains outlets, and USB sockets,” Harvey adds. “We also have cycling desks that look out over the harbor so you can work and exercise at the same time.” 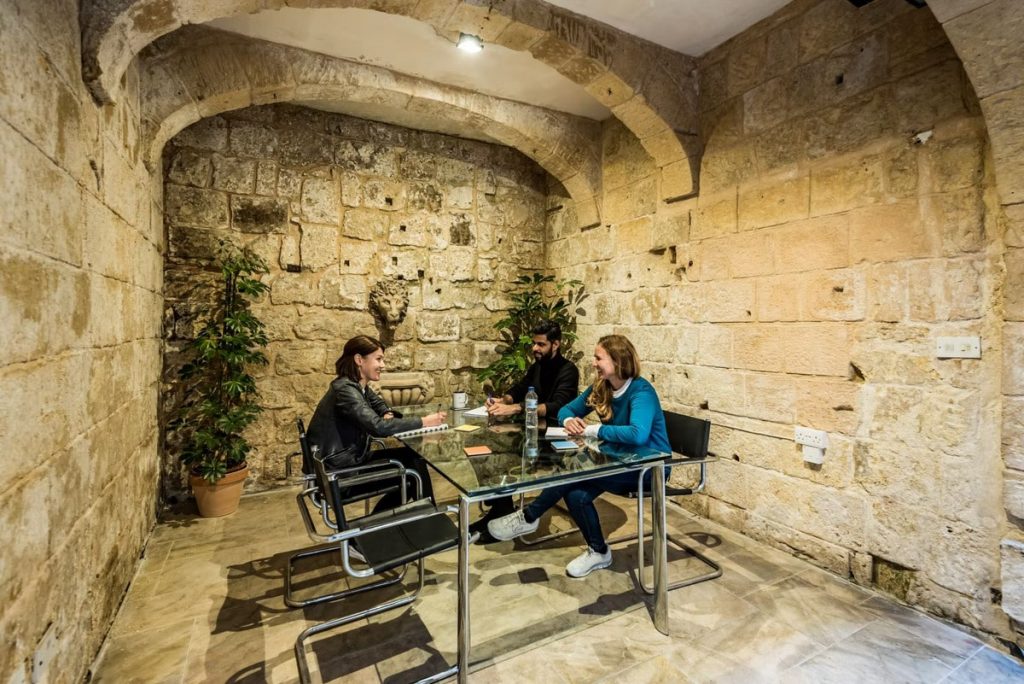 One of the charming and historic meeting areas at Grand Central’s Archbishop Street location.

From developers, journalists, and digital marketers to tuna lobbyists, yacht designers, and aviation specialists, both Grand Central locations have a diverse member base. While many of the members are fully remote locals, some members are from overseas who return regularly to make the most of the good weather and Mediterranean way of life for a few weeks or months each year.

“It’s always great to welcome these visiting members back and catch up,” said Harvey. “I’m happy to say that one of our aims was to create a solid community at both of our spaces, which we’ve certainly achieved.”

Due to its established success, Grand Central is gearing up for expansion. Already, the operator is seeing increasing interest from international companies that want to set up shop in Malta.

Beyond 2022, Grand Central is planning to expand both within Malta and abroad, hoping to replicate the spaces in other countries that have the same business-friendly atmosphere.