According to a new report by Colliers International, European coworking markets with low levels of pre-existing workspace have seen the greatest growth and expansion in their operations during the first half of 2020.

The annual report, titled ‘The Flexible Workspace Outlook Report 2020,’ provides an overview of the overarching trends that are shaping the sectors and makes predictions for the industry’s future.

Cities such as Hamburg, Vienna, Moscow, and St. Petersburg have all experienced a significant increase in flexible office demand during the first half of the year, in spite of the global pandemic. These four cities accounted for close to 30% of office take-up during the period.

The report shows nearly 162,000 square meters of new flexible workspace in the EMEA region have opened thus far, and though expansion slowed in comparison to 2019’s numbers, the sector still grew by 1.6% in the first half of 2020.

Over the last five years, the supply of coworking spaces in Europe has accelerated three-fold. While big players like IWG and WeWork account for most of the market, their dominance is gradually being challenged by small-chain operators, private owner-operators, and multi-market developers, such as hotel groups. 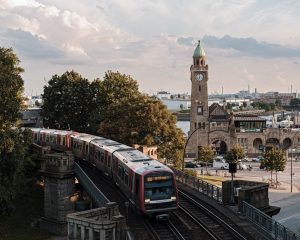 “Events in late 2019 and H12020 have accelerated previously forecasted trends in the flexible workspace sector, including enterprise outsourcing becoming mainstream; highly amenitized assets with best-in-class hospitality being ‘table stakes’ for any new office development; a continued boom in wellness offerings; a revival of suburban locations; and further operator fragmentation, while new trends have also emerged, such as the integration of home as a place of work and the growing importance of the digital experience,” said Jonathan Wright, Colliers’ Director of Flexible Workspace Consulting in Asia.

As the expansion in European markets proves, the office has become a major focal point during the pandemic as many people are working in new environments. Demand also increased for suburban areas to 16% according to the report, compared to 12% in years prior.

While the coworking sector has not been immune to the consequences of closures and operating in the ‘new normal,’ the demise of the sector is not a concern.