Depending on who you ask, the concept of coworking originated in San Francisco in 2005 at the city’s Spiral Muse multi-purpose space. Others will say that coworking was the brainchild of a team of Berlin-based computer engineers circa 1995.

As flexible workspaces become more popular, they also become more viable from a business standpoint. That economic viability will prompt the next natural step in the business world: consolidation.

Within coworking, a wave of consolidation has already begun, with industry leaders such as WeWork, IWG, and Industrious buying up smaller competitors and expanding their reach.

So what do coworking owners and operators need to know as we enter the age of consolidation? While the current coworking landscape is complex and varied, there are numerous ways for business owners to create manageable growth.

What consolidation means for coworking

Consolidation has seen its fair share of critics over the years, with opponents of the business practice touting its myriad negative effects. Potential downsides of consolidation include reduced competition, which can drive up consumer costs, and the initial expenses associated with the acquisition. When it comes to consolidation, however, the pros far outweigh the cons. 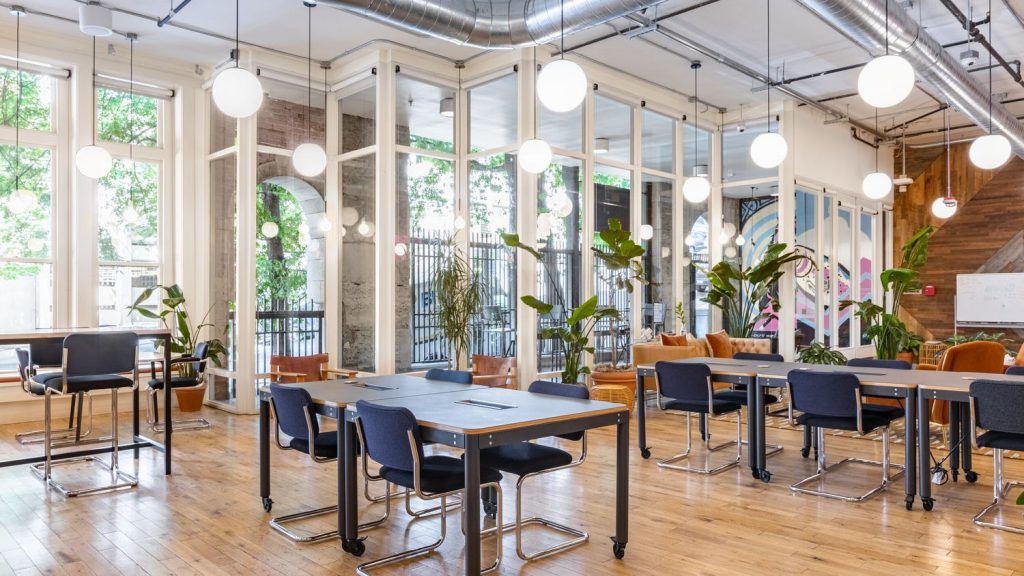 When preparing to buy up or partner with another company, however, business owners must consider the work involved. The initial months following a merger can be fraught with hiccups, but you can avoid complications by having a solid plan in place from the outset.

Growing businesses looking to effectively manage cost and demand must consider the various metrics involved, as well as your growth strategy moving forward. Within the coworking industry, your growth strategy may involve product creation, the development of strategic partnerships, or a combination of tactics.

Mergers and acquisitions in the spotlight

In recent years, coworking operators have found homes in a variety of settings from healthcare to hospitality. The addition of coworking spaces in hotels is one of the main examples of consolidation within the market and actually makes a lot of sense, as it addresses a number of consumer needs at a single location.

Related  Meeting in the Middle: Landlords and Tenants

Several popular hotel chains are already invested in offering coworking options. Workspaces by Hilton was launched in 2020, for example, and offers day-use flex workspaces alongside its lodging options. In entering the coworking industry, Hilton has created more choice for consumers while opening doors toward inter-agency business collaboration.

Industrious has also been in the spotlight this year for a major acquisition: the New York-based coworking company bought two international operators — Great Room Offices in Asia and Welkin & Meraki in Europe — for $100M in cash and stock in May.

Following this announcement, Industrious’ major investor, CBRE, said it would pump another $100M of equity into the coworking firm, adding to the $220M it has already invested, which will go to fund more acquisitions.

“CBRE’s investment assures we have the capital we need in the coming years to grow on a global scale to meet current and future demand for flexible space,” Industrious CEO and co-founder Jamie Hodari said in a statement.

Earlier in the year, WeWork acquired Common Desk, absorbing the coworking operator’s 23 locations in 13 cities in Texas and North Carolina, and formed a partnership with coworking aggregator UpFlex in February.

WeWork and IWG, which runs the Regus and Spaces brands, are the clear industry leaders, and Hodari said Industrious — which had 150 U.S. spaces under management before going global — is one of many operators hoping for a seat at the table.

Coworking proponents say the industry is entering a renaissance phase as the world gets more used to living in a pandemic and companies encourage employees to report back to the office. As they do so, they are increasingly relying on hybrid work models that appear to be permanent instead of a temporary solution to the consequences of COVID-19.

Nevertheless, most coworking operators are either boutique operators, local firms, or real estate owners themselves, so there is a limit to how much M&A potential there is outside of the biggest players. With demand returning to many metros and city centers, it is likely that operators will look to diversify their portfolios and put as many dots on the map as possible.

Frankie Wallace is a freelance writer from the Pacific Northwest. She writes about a variety of topics, and spends her free time in her garden.