Leading Portuguese coworking operator IDEA Spaces’ innovative network continues to grow. After opening an exclusive 10-story building in Saldanha at the end of 2020, the company is now expanding to a fourth location in Lisbon with the new IDEA Spaces São Sebastião coworking space.

As the name states, the new location is in one of the most central and prestigious areas of the Portuguese capital of São Sebastião.

The 12-story building on Av. António Augusto Aguiar 122C, has 5,300m2 of shared offices, with capacity for more than 850 workstations, a cafeteria of its own at the top of the building with a 360-degree view of the city, private parking for cars, motorcycles, and bicycles, and more than 12 meetings and events spaces, representing a total investment around 1.5M€. 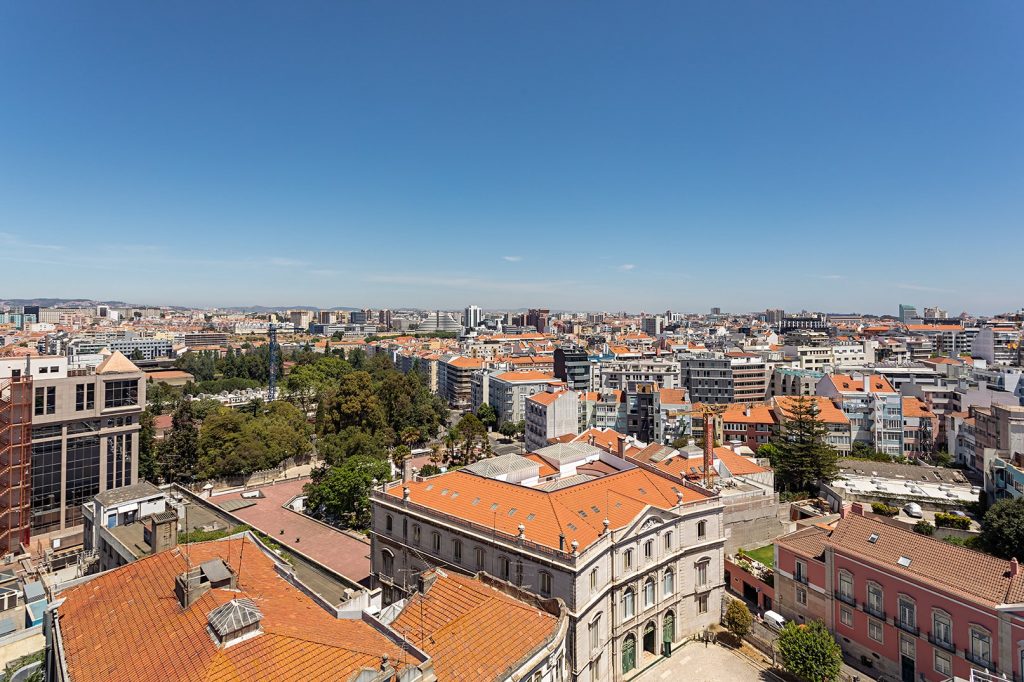 Companies such as Parser, Relex, Eigentech, Labellium, and the “unicorn” Pandadoc were the first residents of the new location, which in just three months reached a capacity above 40%. There are still some places available for subscription to private office and/or dedicated desk at IDEA São Sebastião, and like the other IDEA locations, members can choose a “hot desk” option, rent meeting rooms, and/or subscribe to a virtual office membership.

For current IDEA Spaces members, the new location presents an additional workspace option where they can choose to spend their work days and access new meeting rooms at no additional cost.

In the week that celebrates its official opening, IDEA Spaces São Sebastião will offer gifts to all its members. The space also offered free coworking to anyone interested, which took place on November 8th.

With the new location, the IDEA Spaces network now encompasses a total of four coworking spaces in Lisbon, which includes over 1,850 workstations for a community of 2,700+ members and 360 companies. The company’s locations have maintained an average global occupancy of around 90% since 2021.