During a time when the way we work is being redefined, the Portuguese coworking operator is showing signs of confidence and is already making plans for further expansion next year. For its third location, IDEA Spaces invested €3.2 million in a 12-story building with a capacity for more than 500 workstations. 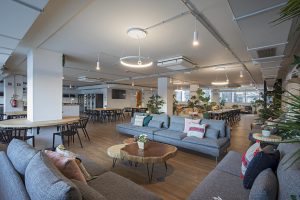 IDEA Saldanha has an area of 5,000 sqm spanning 12 floors with more than 34 private offices and capacity for 500 workstations, 18 meeting and event rooms, a private cinema room and a 800 sqm terrace where a swimming pool will be built. The building also has its own parking, numerous phone booths, and two lounge floors.

Betclic, Carlsberg Data, Emma Sleep, Lockwood, Extia Portugal, Flixbus, Ingecom, and Element Alpha are some of the companies already residing in the new IDEA location, representing an occupancy rate of 50% at the time of opening. 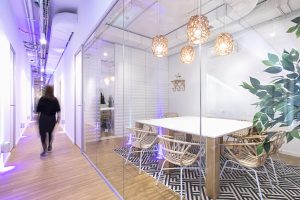 Currently, IDEA Spaces has a community of 705 members and 209 companies, with expectations to return to its pre-pandemic global occupancy rate of 90% by November 2021.

“In 2020, our company began a structuring process of transformation at different levels,” said João Carlos Simões, CEO of IDEA Spaces. “The opening of the new location is only a part of this transformation and of the natural growth of IDEA Spaces. We know that our goals are ambitious, so we are committed to creating the right conditions to achieve them. Our own mobile application will play an essential role in this path.”

At IDEA Saldanha, members can cowork, have their own private office, subscribe to a virtual office, or rent meeting rooms (choosing between conventional or “out of the box” designs). The new location also has several event spaces that are modernized and thoughtfully designed.

IDEA Saldanha embodies the characteristic charisma and personality of all other IDEA locations,  particularly in its inspiring and symbolic details. Inside the new location is a tribute mural to all who make “A Resistência” (the Portuguese word for “The Resistance”). Created in collaboration with the artistic duo Los Pepes Studio, the street art aims to acknowledge and praise the story of how we overcome adversity, while encouraging all members of society to keep fighting, innovating, supporting, collaborating, and believing that together we will be able to hold the front line. 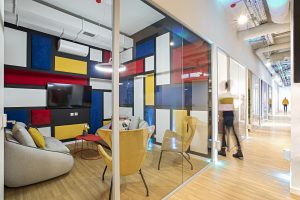 “IDEA Saldanha represents the natural and necessary expansion of the IDEA community,” said Simões. “Therefore, our main concern is that the ambition of the project is always accompanied by the maintenance of the unique experience that characterizes all IDEA locations. The human factor and proximity will always be absolutely indispensable values for us. That’s the only way it makes sense.”

To learn more about IDEA Spaces, visit their listings on Coworker.