Compared to other major metros, New York City has been slow to get workers back into their offices. As of the last week in April, just over a third of NYC’s workers had returned to their actual work sites to do their jobs, according to data from managed security firm Kastle Systems.

This fact, coupled with The Big Apple’s shocking unemployment rates that are nearly double the national average, have had a detrimental impact on office real estate in NYC.

Now, companies in New York are trying to take a cue from the Bay Area in a bid to convince workers to return to the office. Already, a number of corporate companies which operated out of traditional office spaces pre-pandemic are looking to the Silicon Valley campus culture of IT giants for design inspiration.

Savills’ office space at 399 Park Avenue has also undergone some major renovations, including the addition of 208 standing desks. If workers want to spend time in a different space but still be in the office, they can now visit the building’s contemplation room, wellness room, or “happy room” at their leisure. The happy room is meant to feel like a high-end business lounge, complete with a snack bar and bottle-less Bevi water dispenser.

And Savills isn’t the only company investing in new gadgets to boost employee morale. 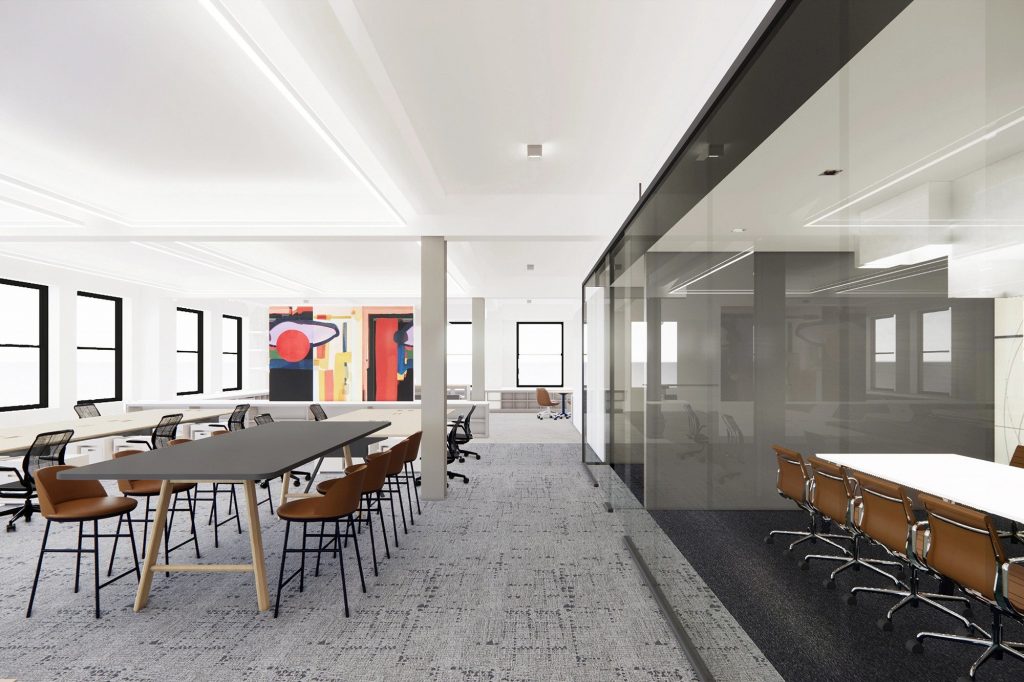 Spectorgroup will offer a “hospitality zone” in its new 15,075-square-foot space on Madison Avenue.

In September, the architecture firm Spectorgroup (known for designing Uber’s Chelsea offices) will relocate from 183 Madison Ave. to a new 15,075-square-foot office at 200 Madison Ave. where there will no longer be a front-facing receptionist. Instead, it will have a “hospitality zone” with multiple seating areas and seating options. Town halls, panels, and seminars will be held in the space.

While there will be workstations with permanent monitors, company honcho Scott Spector said, “We’re 100% laptop, and everybody can work just about anywhere within the space.”

Another NYC company that is revamping its offices to reflect more of a Silicon-Valley style is Deutsche Bank. During the pandemic, the company moved to a new one-million-square-foot Bank Center at Columbus Circle, which includes “gizmos galore” and is meant to support a hybrid work model. At the new offices, what’s the most exciting development? 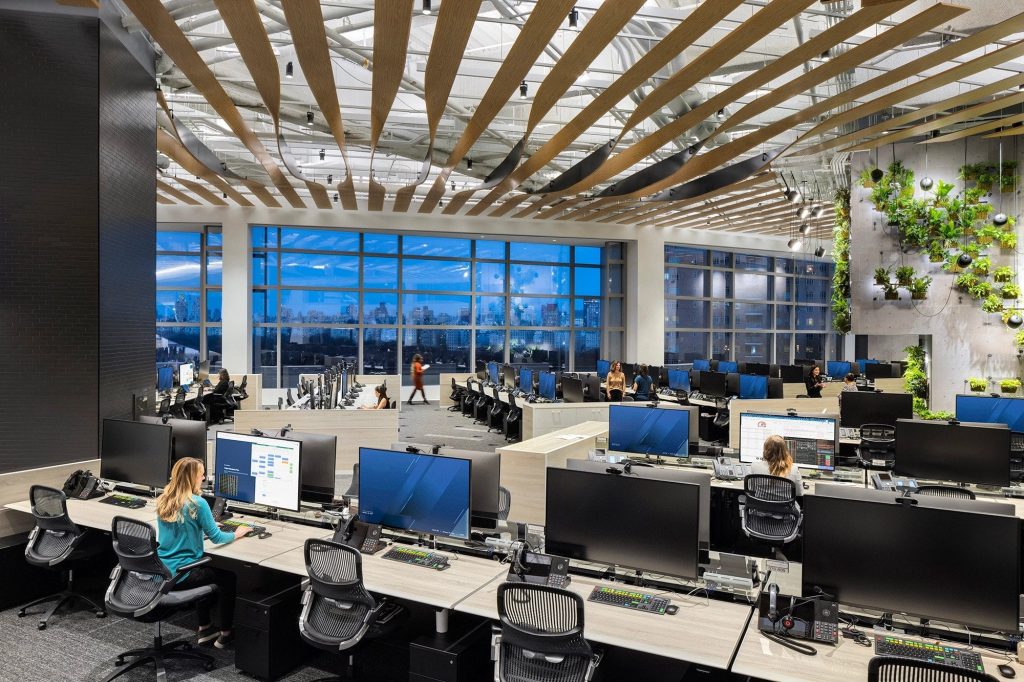 “The expansion of virtualized computing connected from laptops which, when combined with building-wide high-speed Wi-Fi, enable staff to work from whatever environment is most comfortable for them — a traditional office, open-air terrace, collaboration rooms, etc.,” a Deutsche Bank spokesperson told the New York Post. “These locations are bookable by a reservation system and touch panels on the outside of each meeting space.”

It isn’t all about tech, though. There are other businesses investing in non-traditional methods to boost creativity, too. Rearranging space to be more communal is a big plus, according to Ojay Obinani, a project manager at Skidmore Owings & Merrill. Amenities that were once private and reserved for executives and other higher-ups are now being made into shared spaces. He says the idea of private restrooms or manager-only gyms in the workplace is fading in many industries, as it has been in the tech world for some time.

“There’s a shift to sort of democratize the space and experience of every employee,” Obinani told the New York Post. “You’re moving the private offices away from the window so that every employee can experience daylight.”