Above: Main lounge in Alley Chelsea.

A little while back I toured and worked out of Alley’s new location in Chelsea in New York City. (that’s in New York City for those unfamiliar) and sat down with Marketing Manager, Samantha Intagliata, and Membership and Partnerships Team Member, Nicole Hakakian, to talk about coworking communities, team development, design, and marketing.

Upon walking into Alley (hell even just browsing the website and Instagram) the vibe is good and strong. The place is bustling, the staff is friendly and casual (but not fake in the slightest), and people are chatting passionately about their work (for real). It’s a scene that is impossible to manufacture, though many may try. It evokes something deep inside you, that part of you that wants to build something that truly matters. It was one of the most productive and inspired afternoons I’d had in a while.

True, I’m a sucker for novelty, so there’s that, but even the nouveau gets boring after a couple of hours. I left wondering what was the combination of factors that just made being there in that lounge chair feel so right.

I later had a conversation with Impact Hub NYC Director, Sam Utne, and was able to get at the source of some of the nuances that may have shaped my experience at Alley and created the vibe that was palpable right when I walked off the elevator. Here’s a few that I feel were notable during my conversation with Sam, with some detail.

My first experience with Alley was digital. Alley has 23.9K Instagram followers; more than any other coworking space in New York City, save for WeWork as a whole. The content on Instagram and the experience on the website provided a taste of what was to come in-person, and I wasn’t disappointed when I arrived. The space was as beautiful and the people were as awesome as I was led to believe.

The Space is Very Thoughtfully Designed

While WeWork is also well designed, many locations often feel like office farms. Alley’s Chelsea location has ample lounge and common desk space, even a nursing room for new mothers. I found the space interesting to explore. It’s cozy (as in no space is wasted), but it’s not cramped. There was a barber’s chair in the men’s bathroom and supposedly they bring a barber in to do shaves and cuts every once in a while.

In fact, here are some pictures: 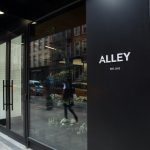 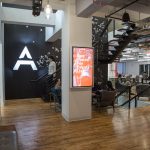 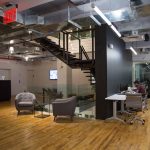 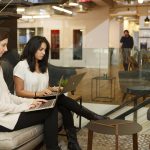 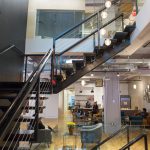 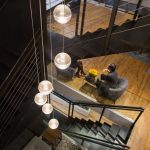 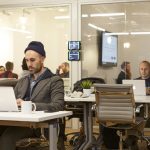 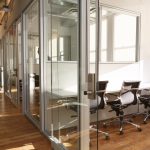 Alley is very particular about who they hire. They hire as much for personality as they do for skill. Experience is less important for some roles. Running a coworking space is something that’s pretty easily teachable, but what’s not teachable is the right attitude, authenticity, hard work, and trustworthiness. It’s also imperative that team members bring a little quirkiness to the table.

In truth, many of the staff more like paid members. They work on their own side projects or businesses, which means they are the type of people that members would want to hang out with.

Alley’s team seems to truly care about one another and embraces actual teamwork, as opposed to only paying this buzzword lip service. In my conversations with Samantha and Nicole, many of their stories heavily involved others helping them when it wasn’t their responsibility to, or vice versa, even across teams. They were also quick to give praise to others in the organization for their contributions.

One last thing that contributed to the vibe was the attention to detail. This is possible because Alley is committed to proving themselves wrong, not right.

If an idea is brought up in a meeting, it isn’t dismissed with a, “well it just doesn’t feel right,” or “I don’t think that will work for us.” This would be considered an excuse. The response to such a statement would be, “How do you know that won’t work? What data do you have?”

Alley is committed to testing and collecting information on what does and does not work. They will try anything once and they will tackle it together. If something stops working, they will kill it. And they document everything.

What’s hard about these lessons is that they are obvious. We know that building great brand awareness, amazing space design, hiring the right team, and making sure the team works well together are critical facets of any business. We know that using data-driven processes is better than just winging it. We know it, but most of us just don’t do it. So what’s the problem?

I believe the problem is that values trickle down from the top. A space is doomed if the founder or leader doesn’t embrace great values and commit to them on behalf of the organization. Sadly, most spaces aren’t founded by people with great values, which means they either will fail or the founder(s) will need a very poignant change of heart.

Luckily for Alley, it seems that the people running the business have the right frame of mind. I hope they keep up the good work.