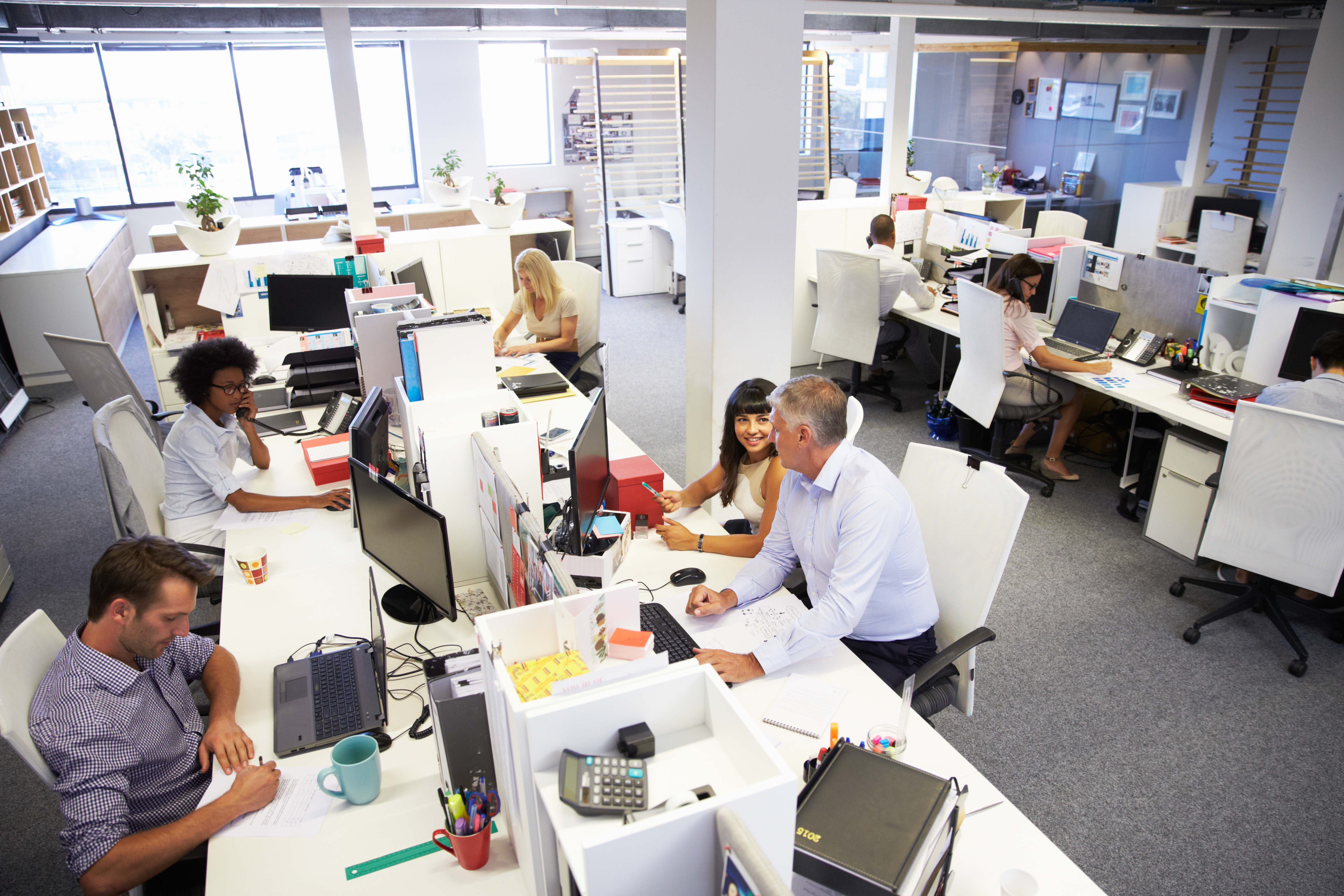 Coworking has grown dramatically in the past five years and has become enormously popular, not just among startups and solopreneurs, but also among large companies. According to Emergent Research, approximately 70 co-working spaces opened between 2006 and 2009, typically in major urban centers. By 2016 that number had reached around 11,000, and by 2017 at least 14,000 spaces were in operation.

Megalytics recently prepared a detailed analysis of the coworking industry. In this report, we identified several key trends affecting co-working now and in the foreseeable future. Below is a summary of our findings.

Co-working is having a substantial impact on commercial real estate

Over the five years prior to and including 2017, the commercial real estate industry emerged from the early recovery environment that was characterized by tightened lending conditions and stagnant real estate construction. Demand for industry services has since grown robustly, aided by the recovery of the overall economy. This recovery is forecast to continue over the next five years to 2022. The continued economic recovery will drive industry growth, and operators are expected to benefit from improvements in lending conditions.

Coworking is having a major impact on the performance and utilization of commercial real estate. For example, coworking operators have delivered a significant amount of positive net absorption in major metropolitan markets. In addition, coworking is spurring upgrades and expansions of amenities. Landlords have been making heavy investments, not only into the base building, but also into their co-working spaces.

A sampling of coworking pricing across major U.S. markets indicated an approximate price of $139 per square foot, compared to an average Class A Central Business District rental rate of $49.59, a 181% premium. When looking at average rental rates for all regular office space, that premium jumps to 331%.

Coworking spaces are getting larger

Before 2011, large coworking spaces rarely exceeded 20,000 square feet. It is no longer uncommon to see spaces with over 100,000 square feet, targeting long-standing companies. Startups, small businesses, and large enterprises like IBM and Verizon have realized the benefits of coworking, proving that outsourced, temporary leasing arrangements is appealing to companies of any scale.

While coworking behemoth WeWork still isn’t turning a profit, smaller players that focus on niches are delivering faster growth and more profitability. By focusing on a niche, a coworking facility is able to create a community of businesses that support each other and develop a shared economy.

For example, MakeOffice recently opened a 21,000 square-foot space in Chicago that targets health-tech companies. By specializing, they can deliver access to expertise, industry-specific knowledge, and a community of like-minded people. Working together in a shared environment naturally creates serendipitous opportunities for additional revenue streams and support for members.

Food Loft in Boston focuses on the food industry and provides a mentor network to give members access to business leaders and experts in branding, marketing, sales, distribution, e-commerce, supply chain, etc. This kind of access can be tremendously valuable to entrepreneurs.

Market segmentation, as well as growth into niche markets, are clear signs of a maturing industry.

Coworking spaces can be found in nearly every major market around the world. IWG, the largest coworking company, was founded in Belgium and swept across the UK before acquiring Spaces to accelerate its growth in the United States.

Japanese telecom giant SoftBank invested over $4 billion into WeWork, much of which will support Asian expansion. This includes a takeover of Singapore’s largest coworking space, Spacemob. The company expects to be in as many as a dozen cities in Southeast Asia in 2018. This was matched by China’s Ucommune, which took over Wedo and Woo Space, two of Southern Asia’s prominent co-working companies. Impact Hub, another industry leader, already has eight locations in South America, and WeWork, Regus, and others have announced plans to expand further into Latin America.

Big corporations like IBM, Verizon, KPMG, and Microsoft are testing coworking, and some are even exploring the possibility of funding a new coworking venture. Some are moving entire teams into coworking spaces. By positioning teams in up-and-coming locations with technological resources and talent, they are able to stay in tune with developing industry trends. This gives their teams better access to innovation, education, and talent with reduced initial real estate costs and more flexibility.

According to Recode, companies with more than 1,000 employees now represent 25% of WeWork’s annual revenue. WeWork says that number increased 250% in 2017, so we expect to see continued growth in this market segment.

Can coworking survive an economic downturn?

A question remains about the coworking industry’s ability to survive a major market downturn. IWG is the only large player in the industry to come through a downturn. They grew rapidly in the 1990s, only to seek bankruptcy protection after the dot-com bust.

The Megalytics team recently published a Coworking Industry Analysis that addresses the question: “is coworking a viable alternative to renting space traditionally, and can it survive an economic downturn?” This report provides detailed insights into the coworking trends.

The study addresses new non-traditional lease structures between landlords and co-working operators. It compares the co-working trends to traditional Commercial Real Estate industry trends, in order to determine if co-working will continue to be a viable alternative leasing option. The study analyzes key qualitative and quantitative industry indicators, business performance benchmarking, leasing strategies, national economic trends, expansion plans, and corporate consolidation between traditional commercial real estate models and emerging companies in the co-working industry. The report also addresses WeWork’s scale within the industry, as well as the opportunities and threats that may impact the company, and the industry, in the future.

The article was originally published on Propmodo.com