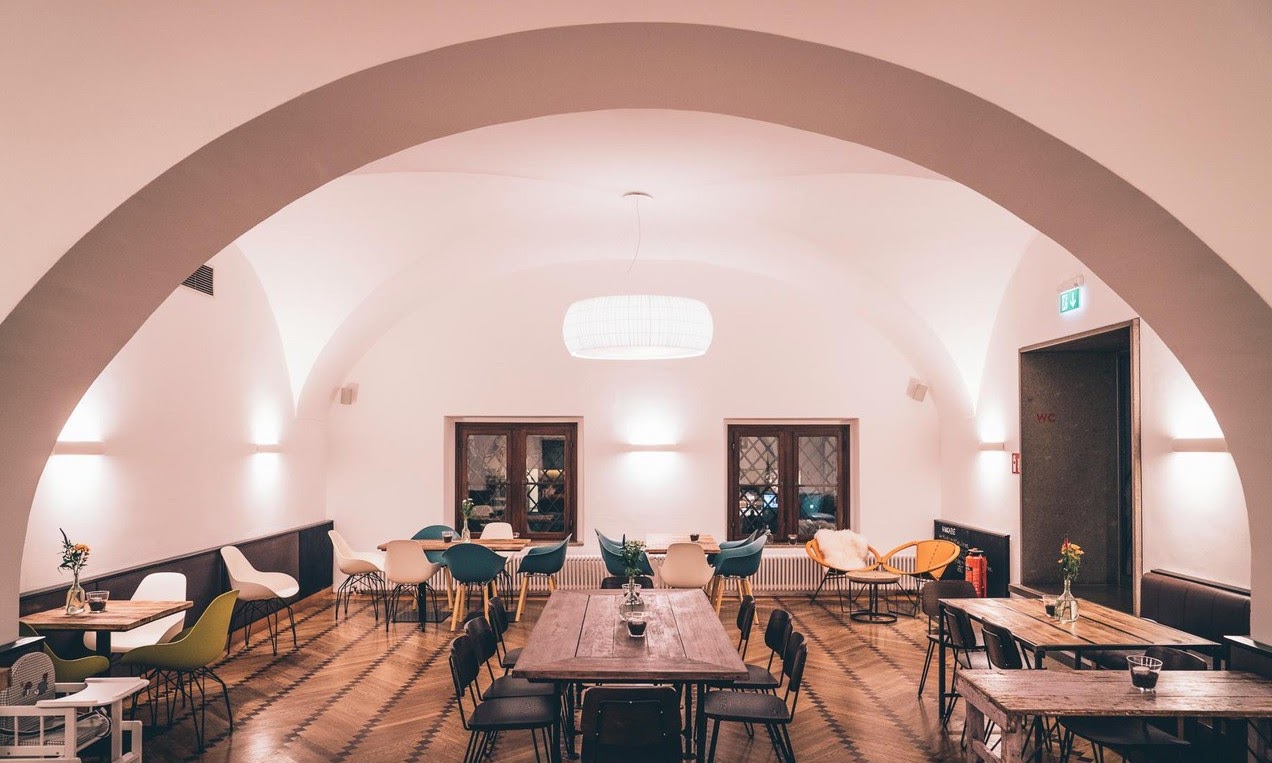 The way people work has permanently changed, leading more employees and entrepreneurs to seek out more flexible options for the sake of their own productivity. In response to this demand for increased flexibility and accessibility to available workspaces, Twostay offers a revolutionary, revenue-sharing model in the coworking industry for professionals needing an on-demand, temporary space to work.

With a mission to curb CO2 emissions caused by the construction sector, which is responsible for approximately 40% of all greenhouse gases, Twostay has built its strategy around creating partnerships with existing spaces and local businesses to focus on sustainable choices. By utilizing spaces such as restaurants and bars that are typically closed during the day, Twostay is an exemplary business involved in the sharing economy — where the double use of resources leads to a win-win situation, granting more cost-effective choices to the end consumer.

Currently located in Munich, Germany, with plans to expand to every major city in Europe, Twostay’s framework has empowered local businesses by releasing the burden of idle hours through a revenue-sharing model. In addition, creating opportunities for freelancers to build their network by offering them the option to become a “Space Pilot” has allowed more people to open a space of their own. Twostay aids these “Space Pilots” in finding a space to run and dedicating a marketing budget for promoting their workspace and personal business.

Creating opportunities within the community

The newest Twostay location is in the heart of Munich at the historic Alter Hof, which served as an Imperial Residence from 1255. It’s located in the city center between Marienhof, the Opera House, and Hofbräuhaus — all major landmarks in Munich. Irene Kilbu, who is the founder and managing director of brandPreneurs and brandFluencers, is heading up this location, making her the first “Space Pilot” to join Twostay.

“I actually wanted to start my own coworking space. I had sought advice from a friend who introduced me to Dorothea Haider, co-founder of Twostay. She came up with the idea to collaborate and merge powers,” said Kilbu.

Collaborating with Twostay to open shared spaces presents an opportunity for entrepreneurs to enter the coworking market risk-free — which is in stark contrast to the premium prices when setting up traditional coworking spaces for things like rent, furniture, utilities, and service expenditures.

Twostay’s spaces are equipped with dedicated rooms for holding workshops and private meetings, with affordable plans that make it attractive to freelancers and small startups in need of a designated office space in a convenient location. The availability of flexible plan options, ranging from 1/2 day passes to a four-month unlimited use pass, makes it an appealing option for freelancers and digital nomads temporarily traveling through the city.

Another central Twostay location is in Sendlinger Tor. Located at one of the three remaining historic city gates that surround the old town of Munich, Drossel & Zehner is a coworking space by day and an event venue by night. With its comfy, homey vibes and numerous lunch options within walking distance, it is the perfect place to have a productive work week.

Since entering the German market in 2019 with its first location, Twostay has now expanded to five locations throughout metropolitan Munich. This fact reflects the demand for flexible coworking spaces for freelancers as well as the need for businesses to better manage their assets through various forms of space sharing.

When it comes to coworking spaces, community makes up a big part of the decision to stay invested in a certain space versus another. Treston Kederer is the community manager at Twostay, responsible for overseeing day-to-day operations in each location and making sure that they are running smoothly. He’s also recognized the importance of forming relationships with the users.

“Building a community comes down to fostering relationships. This can be achieved by constantly engaging the community to work and support each other. Staying connected with others is crucial for health and happiness through any tough times we may face,” said Kederer.

To foster a sense of community, Twostay has a range of weekly events — from business coaching workshops to meditation and yoga sessions. In particular, business coaching adds value to the professional lives of freelancers and small business owners, in addition to creating new networking opportunities within the local community.

Germany is home to some of the largest populations of freelance and remote workers in Europe, making this alternative method of coworking especially beneficial. With the increasing scarcity of available Munich real estate in urban locations, finding a bridge between the two will be essential to the expansion of business opportunities in the city and in other major cities as well.