Wales’ largest coworking community, Welsh ICE, has celebrated a decade of progress as it looks back on the impact it has made in the last 10 years.

Since launching in 2012, the campus has generated a net GVA benefit of £63.1m to the Welsh economy, created 800 full-time-equivalent (FTE) jobs, and has supported thousands of individuals in starting businesses.

Through its “5-9 Club,” an after-hours program to help people start a business from scratch, the team have supported 698 individuals from across the Valleys regions since 2019. Eighty-five percent of those potential founders are female, a stark contrast to the fact that across Wales, only 28 percent of businesses are owned by women. This translates into the business community at Welsh ICE whose members are 58 percent female.

The initiative has also worked to create more pathways into entrepreneurship for disabled and neurodiverse founders, something it has a strong record in.

At its campus and across its online platform, ICE has an active community of over 700 entrepreneurs, remote workers, and teams. Those members communicate and support one another, and three-quarters of ICE businesses have formal agreements with each other. This natural network of support makes a difference, and 77 percent of member businesses have a survival rate of three years or more, which is significantly higher than the UK average of 61 percent.

Speaking of the impact ICE has made, Hefin David, a member of the Senedd for Caerphilly, said, “I passionately believe in small business and did my Ph.D. on that very subject. The importance of local connections and having somewhere to go is crucial for successful startups and that’s exactly why Welsh ICE is so important. They bring people together.

“I’ve been working with ICE since I was first elected in 2016 and over that period I’ve seen the enterprise grow; going from strength to strength, supporting thousands of people into business and creating hundreds of jobs.

“ICE is one of my real community passions and I’m so proud that they are a part of my constituency in Caerphilly. I look forward to seeing what the future holds for their community. Here’s to another brilliant 10 years!” 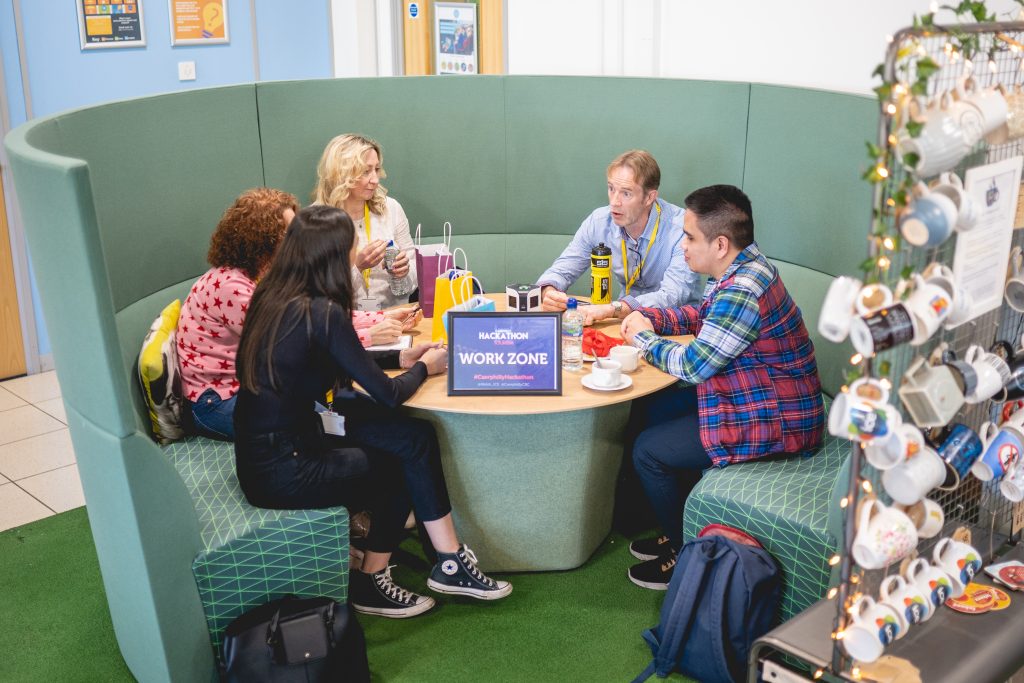 CEO of Welsh ICE, Llinos Neale, added, “When I first walked through the doors of Welsh ICE five years ago, I knew the space was something special. There was an energy here which was unlike anything I’d experienced before, and I felt I just had to be a part of it.

“That energy was borne from a community of people doing, thinking, and working together, and I’m proud to say that it’s still going strong today.

“When the founders started ICE, it was with a vision of growing a community that would enable local enterprise to flourish, bringing the concept of coworking as a structure to nurture and grow startups.

“They were told it couldn’t happen in Caerphilly – that the vision of a flourishing community of innovators was reserved for the likes of Silicon Valley, not the Rhymney river, but today our community has grown far beyond the county borough.

“If the past two years have taught us anything, it’s that wherever you are can be the center of the universe,” Neale said. “Whether it’s the local graphic designers Bomper Studios making music videos for the Foo Fighters, R&D firm Maple Consulting advising on the future of European transport infrastructure from our coworking space, or science presenter Huw James delivering remote workshops to kids on Disney cruises from his ICE office, businesses that started here are having an impact on a global scale.

“There are, of course, challenges to be overcome: the cost of living crisis, the aftermath of the pandemic, and the ongoing impact of Brexit and climate change – but we firmly believe that our community has a huge part to play. When people work together, they can accomplish incredible things. We’ve shown that already, and I know our members will go on to show that, as they adapt and improvise to meet those challenges head-on, and grow.

“The first 10 years of ICE have been amazing and we’re excited to see what opportunities, partners and people the next decade, and beyond, will bring.”

Welsh ICE is part-funded by the European Regional Development Fund through the Welsh Government.