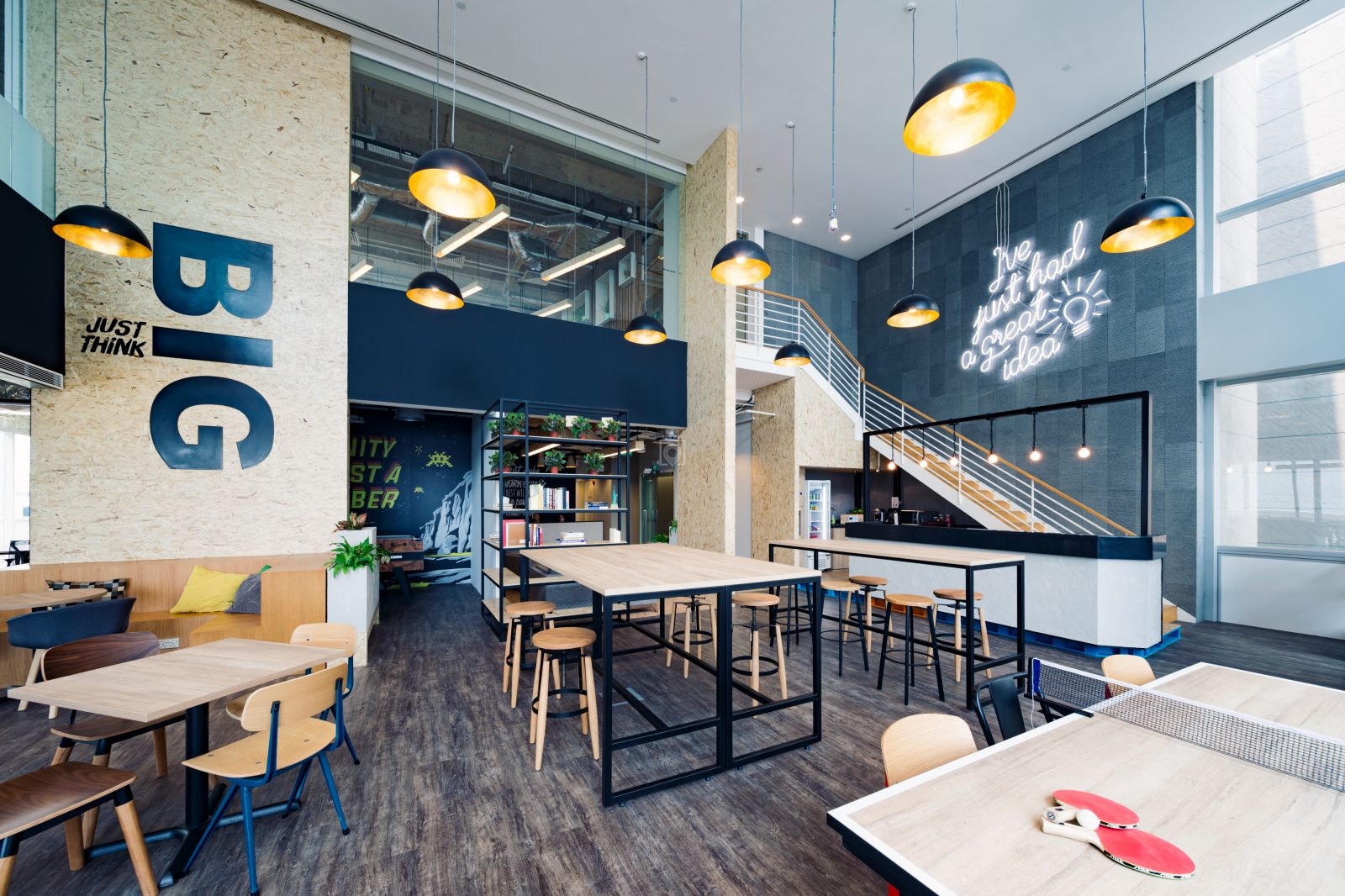 Posted at h in Industry, Trends by Coworking Insights 0 Comments

Shared office spaces have been a key feature of the professional scene in Singapore for years—in fact, several local startups fueled the growth of coworking in the area years before the larger, more prolific players moved into town.

Among the local leaders is JustCo, a coworking startup that recently scaled its venture and is regarded as a premier coworking brand in Asia.

JustCo, which was founded as JustOffice in 2011 by Kong Wan Sing, has 15 centers in Singapore and additional locations in Bangkok, Jakarta, Seoul, Shanghai, and Sydney.

On May 13, JustCo announced its latest endeavor: expanding into Taipei and opening three new coworking centers in the major Taiwanese financial districts of Songshan, Xinyi, and Zhongshan.

JustCo’s flagship center in Taiwan will be located in the Dian Shih office tower, a mixed development building that contains several levels of offices on the upper flowers and a hotel, Hanns House, on the lower floors. Both working professionals and hotel visitors will benefit from JustCo’s new space, which will occupy a whopping 65,000 sq. ft. across seven storeys.

JustCo’s announcement and plans for its flagship center underscores two major trends in the coworking industry that are emerging in cities across the globe.

Firstly, coworking spaces are now looking to acquire multiple locations and become recognized brands instead of growing just one location. In JustCo’s case, the coworking brand intends to triple its regional footprint in Asia Pacific within the year to over 1.5 million sq. ft.

In other words, what begins as a solitary concept turns into an opportunity for multifarious development. This trend is not only popular among the world’s major coworking brands like Impact Hub and Knotel, but also for spaces that aspire to dominate a national market.

Secondly, leaders in the hospitality industry are regularly partnering with coworking brands to offer service-led workspaces in-house for both business travellers and local residents.

Like Hanns House in Taipei, an increasing number of hotels have seen the value in integrating coworking spaces, like JustCo, into their properties. Since hotels already contain resources and amenities needed to support working professionals, such as meeting rooms, high-speed Internet access, and food offerings, coworking is an obvious progression.

JustCo’s expansion into Taiwan brings the coworking brand’s location portfolio to 32 total spaces in eight cities. But what is the advantage of the expansion for coworking members?

“Our foray into new markets such as Taiwan, South Korea, and Australia will provide greater regional access to our members, allowing them to tap into a larger network for more collaboration and networking opportunities,” said JustCo’s founder Sing.

“As we continue to expand, we are also ensuring that our software and systems, such as our JustCo app, are consistently improved to not only complement but drive greater synergy at all our coworking centers across the markets.”

Fueling JustCo’s goals for expansion is the company’s strategic partnerships and joint investments. In 2018, JustCo entered into a joint investment of US$177 million with GIC, a Singaporean sovereign wealth fund, and Frasers Property, a multinational property company. The coworking brand also has partnerships with reputable conglomerates, such as Gunung Sewu in Indonesia and Sansiri in Thailand.

As JustCo continues to prioritize greater synergy for its members and disrupt the shared offices market in Asia Pacific, the brand is a terrific representation of key players in the coworking industry that are redefining collaborative working. Aiming to open 100 JustCo centers by 2020, the brand’s plans for growth show no sign of slowing down.

Where will your coworking space go next?