All space run by third-party flexible office operators, including traditional serviced offices and coworking space, is referred to as a flexible space. Flexible space can be open-plan, but it can also comprise closed offices, whole floors, and even entire buildings.

Flexible workspaces enable a business to respond more quickly to the everyday challenges of running a company, such as workplace expenses, operational needs, and employee assistance.

Because a flexible workspace may take the shape of whatever the user needs, it immediately becomes a valuable asset. Those who need more adaptable office space may wish to check out the Dallas-Fort Worth (DFW) area.

When it comes to the nation’s major coworking and flexible office marketplaces, DFW just seized one of the top spots.

With a population of over 7 million people as of 2020, the Dallas metro area is the fourth-largest in the United States. Due to the proximity of Dallas/Fort Worth International Airport, one of the nation’s largest and busiest airports, Dallas has established a strong industrial and financial sector, as well as becoming an important inland port. 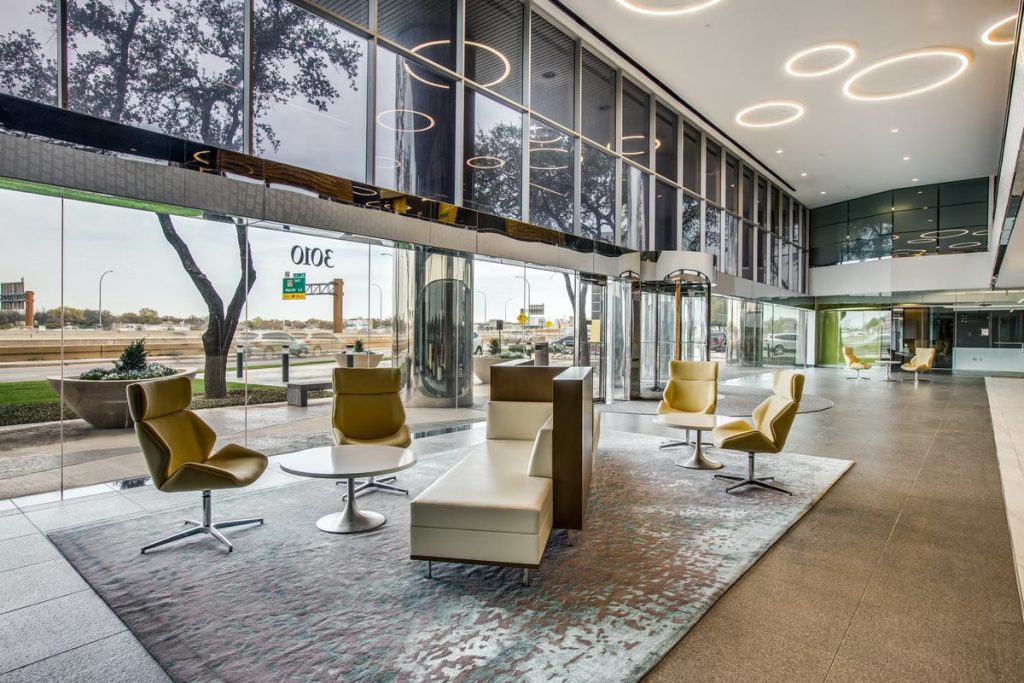 A Worksuites location in Dallas, Texas.

Even throughout the pandemic, the DFW area saw expansion in the coworking industry, with firms like WorkSuites and Common Desk renting space for new sites. While North Texas’ flexible office space inventory has expanded in recent years, the number of short-term rentals nationwide has decreased by around 9%.

From the fourth quarter of 2016 to mid-2018, the quantity of coworking spaces in downtown marketplaces and key submarkets in DFW increased by 250%, reaching over 370,000 square feet. This statistic does not include marketplaces in the suburbs.

What are the factors that led to Texas’ high ranking?

According to the TechAmerica Foundation, Texas employs about 485,000 people in the technology industry, many of them located in North Texas.

A major concentration of technological employment may be found in Texas, particularly in the Dallas/Fort Worth area. There are a lot of extremely significant enterprises based there, and other businesses desire to be near them.

The organization says Texas’ high ranking is due to the state’s large number of schools and institutions. Because the personnel is one of the most appealing aspects of a technology firm, having access to a large pipeline of well-qualified, well-educated employees is crucial.

Not only do technology enterprises help North Texas; real estate, car, retail, and other industries also gain from their presence.

A major concentration of technological employment may be found in Texas, particularly in the Dallas/Fort Worth area. There are a lot of extremely significant enterprises based there, and other businesses desire to be near them.

Considering the current status of the real estate market in Austin, Texas, investment there will be quite profitable.

There is no doubt that the number of new tech jobs will continue to rise, not only in Texas but throughout the country, with 67,000 net tech positions gained in 2012.

As technology grows more advanced, users will require increased knowledge, information, and skill sets to make the most of it.

As a seasoned digital media expert, Alex Medawar focuses on B2B paid search campaign management and strategy for global brands in the tech space. Utilizing a data-driven approach, Alex believes that both small businesses and large enterprises alike can speak to their audience and drive results within the digital media landscape. For tools, resources, and more visit alexmedawar.com.