Regional coworking companies The Hive, Common Ground, and The Cluster have merged to form a new company – The Flexi Group – that wants to roll up other industry peers across Asia and head for an initial public offering (IPO). The merger was backed by Malaysia-based Emissary Capital and Singapore-based Catcha Group.

The Flexi Group is expected to be headquartered in Kuala Lumpur and led by Chris Edwards, who previously served as The Hive’s COO. After the merger, The Flexi Group will operate 45 coworking spaces in nine countries.

Asked about the structure of the deal, Edwards told The Business Times that it was in the form of a straight share swap and the creation of a new holding company. He did not disclose the deal value, nor how much Catcha and Emissary invested.

The group’s asset-light approach will focus on establishing partnerships with landlords on joint flexible office ventures, rather than taking on large, fixed rental agreements. Flexi Group’s landlord partners include Chinachem Group in Hong Kong, Petronas in Malaysia, Central Group in Thailand, Ortigas in the Philippines, and Hirsch and Faigen in Australia.

According to Edwards, asset owners can unlock significant revenue potential as their partners see increased returns of up to 30% versus a traditional lease structure.

“The [landlords]work with us to help engage the tenants in their buildings, offering them access to best-in-class events, flexible work solutions, and bookable meeting and event spaces,” Edwards commented to Deal Street Asia. 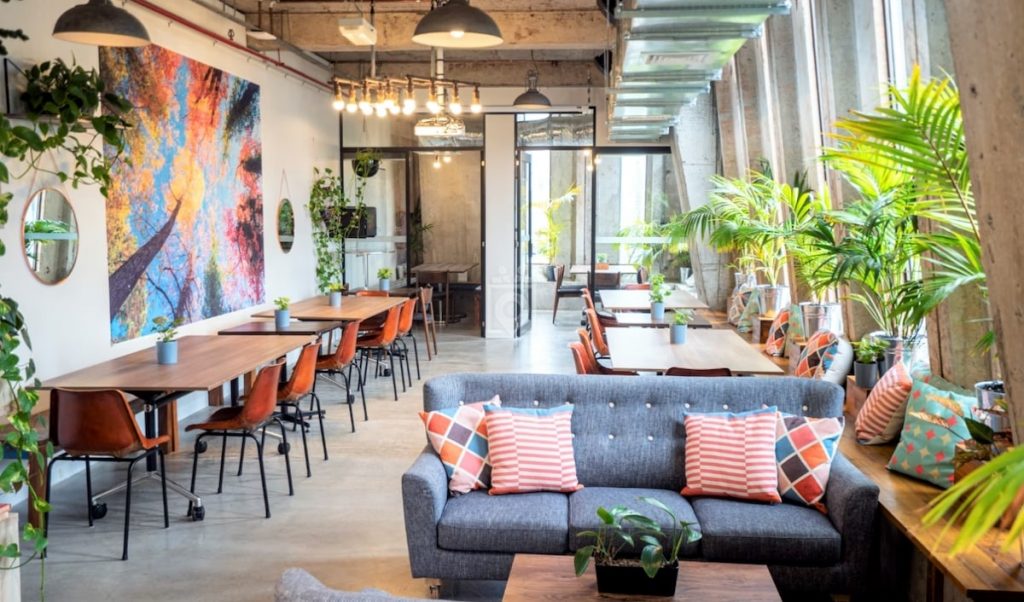 One of The Cluster’s coworking spaces located in Melbourne, Australia.

Moving forward, The Flexi Group is aiming to expand its landlord partnerships while also increasing the location offerings and operations of The Hive, Common Ground, and The Cluster.

Founded in 2012, The Hive offers a boutique workspace network with 21 locations across seven countries and a mission of helping members build deep, lasting connections regardless of their industry, roles, or locations. Similarly, Common Ground is an expert in providing premium workspaces to a close-knit community of members across Malaysia, Thailand, and the Philippines since 2017. The Cluster, which was founded in 2010, is known as one of the pioneers in hospitality-driven workspaces in Australia and has been long recognized as one of the leaders in the region for coworking.

“Our multi-brand for a multi-demographic approach gives us the opportunity to partner with landlords across a variety of asset classes across Asia and Australia,” Edwards said.

In preparation for an IPO, the new coworking firm is planning to operate 100 locations in the next three years. Already, the group is set to open new coworking spaces in Malaysia, Australia, Thailand, the Philippines, and Singapore over the following 12 months.